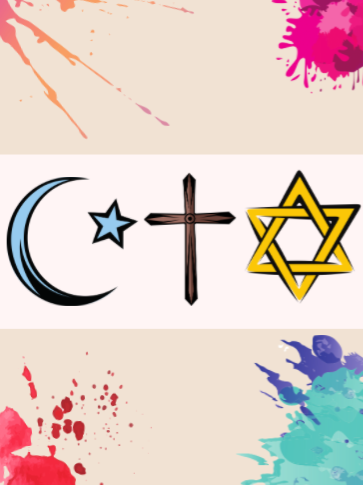 The “main” three Abrahamic religions (Judaism, Islam, or Christianity) are some of the most-followed religions in the world, with Christianity and Islam vying for the number one spot and Judaism not very far behind in the top 10. According to The Pew Research Center’s article, “Christians remain the world’s largest religious group, but they are declining in Europe.” It’s not a secret how divided these three religions are. Despite being pretty similar in the basics and morals of each religion, they’re notably confused with each other at the best and are capable of being downright hostile at the worst.

The main item that connects these three religions, according to the University of Oxford’s professor of the study of Abrahamic Religions, Dr. Anna Sapir Abulaifa, is the belief in the “God of Abraham.” Abulaifa states that the story itself and what is taken from it is varied between religions, but all of them center around the core fact that a God spoke to a man named Abraham, and Abraham put his trust in this God, who can be called Yahweh, Allah, or simply “God,” depending on which religion that they fall into. In the story, Abraham had put his faith in this god and proved it through several trials or sacrifices, one of which involved sacrificing one of his sons (whether it was Isacc or Ishmael is debated).

This tale, at its bare bones, consists of Abraham intending to sacrifice either Isacc or Ishmael to appease his God. Following this, either the God itself or a messenger of the God commands Abraham to stop. The reason why Abraham had intended to sacrifice his son, however, is different across the religions. Christianity and Judaism teach that God asked this of Abraham to prove his dedication, and Islam states that this wasn’t commanded by Allah, but was Abraham’s idea of how to appease Allah through the sacrifice of something precious to him. This just so happened to be his son.

Sacrifices and the success of trials are commanded of Abraham again and again for Abraham to prove his dedication in following his God’s will, but each time it either rewards Abraham in some way or it is seen as heroic.

The God of Abraham, across all three religions, is a creator god that created life as we know it from animals to the earth to the water, according to Rabbi Marc Gellman and Monsignor Thomas Hartman in their story, “Abrahamic Faiths All Worship the Same God” from the Chicago Times. This god is also displayed to be kind and benevolent, but throughout the scriptures of each religion is seen to punish wrongdoers. The prime example of this being what happens in the afterlife where those who worship the god and follow the god’s teachings go to paradise (or heaven), while wrongdoers and disbelievers are sent to some sort of spiritual place of punishment (usually hell).

Each religion even consistently follows the same ethical teachings of how to treat others and how to behave. Followers of these Abrahamic religions are taught to treat others with respect and to forgive those who have wronged them, regardless of what they’ve done, as it is considered not their job to punish, but God’s. They are taught to be kind, compassionate, and charitable to those in need. In addition, the ability to self-discipline is very important across each religion. Abrahamic religions teach not to take revenge, and to follow the “Golden Rule” of “treat others the way you want to be treated.”

Another, much more sorrowful, similarity between each is the persecution of each religion. One would be hard-pressed to find someone that hasn’t heard of the events of the Holocaust and all of the tragedy that had come along with it. Additionally, due to the recent events of 9/11, Islamic people have started to become highly discriminated against and profiled as a terrorist, despite the core beliefs of their religion (and the vast majority of Muslims themselves) actively opposing Al-Qaeda and their methods. However, not many know of the extreme anti-Christian movement in Rome, where Emperor Nero used hatred of the limited Christian population to keep his hold on leadership and to shove blame for certain events (some of which that he was partly responsible for). In fact, in Roman history, under Emperor Nero, Christians were blamed for a fire in Rome, and many were tortured and killed for this. Afterward, his predecessor, Domitian, would make being a Christian illegal under punishment of death according to the History.com article, “Christianity.”

This isn’t even where the resemblances stop. Abrahamic religions have so much in common with each other that, while they still have key differences, they should find it in themselves to see the perspectives of each other, greatly increase their empathy and understanding of one another, and follow their God in the way they wish while respecting others. 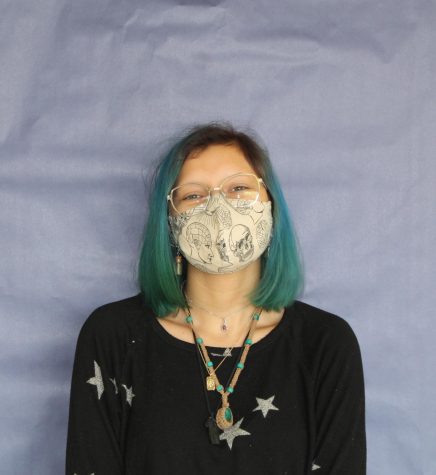 Aurelia Arce, Journalist
Aurelia is a first-year member of The Tiger staff.

Favorite Quote: "The earth is the cradle of humanity, but mankind cannot stay in the cradle forever." -Konstantin Tsiolkovsky