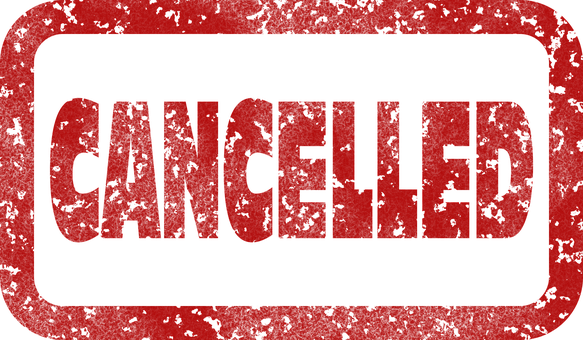 Cancel Culture has been a phrase thrown around lately, mainly by members of the Republican party. The idea is people are getting “canceled” for social media posts or videos and such from their past or even present of them saying or doing something that is considered socially unacceptable. For example, Disney’s The Mandalorian star Gina Carano getting fired for a social media post comparing Republicans today to Jews during the Holocaust. Another example would be former President Trump’s social media accounts getting deleted for getting accused of making false claims on his accounts. These actions to some are considered to be wrong and the punishment is justified, but to others, it’s not justified due to them both being republicans.

The fact is most of these victims of cancel culture are in fact Republican or align with some beliefs of the Republican party. A lot of this cancel culture is aligned with racism as well. Social media posts or videos will surface of an individual using a racial slur and then the video will break loose causing that individual to be “canceled.” A recent example of this would be Country Music star, Morgan Wallen being dropped from his label and multiple song sites after a video surfaced of him using a racial slur. Another example is Nascar Driver Kyle Larson being suspended from Nascar for the second half of the 2020 season after he was caught saying a racial slur on a live stream of a video game race with one of his friends during quarantine in 2020.

Many people do believe these actions of “canceling” are against the first amendment, however it is and it isn’t. It is against American values, but technically it’s private companies that are doing it so it’s not really against the first amendment. Is it wrong though? Depends on who you ask. Some would say it is because it’s targeting half the population of right-leaning people who think the mainstream media is targeting them. Which most evidence points to this point due to the media outrage over the fact that Morgan Wallen’s album sales and streams actually went up after the video of him surfaced. On the contrary, many believe this is a way to rid America of past habits of discrimination of people based on race and religion. Which makes people think there has to be a better solution than ruining one’s life over a mistake. “You can’t fight hate with hate,” and as the famous song says, “Everybody makes mistakes” are phrases that Americans should take to heart these days.

Looking at this from an ordinary high schooler’s perspective. I along with many others have to ask the question, has it gone too far? I can understand where people are coming from, but at the same time, no one had a problem with it until parts of the media started pointing out every ounce of what they believe is socially unacceptable. With the majority of major media outlets being left-leaning it seems like a majority of cancel culture is directed at people of the right. This is leaving many conservatives scared to speak their mind on certain issues out of fear of being “canceled” which is where the idea of the First Amendment being violated is coming into play.