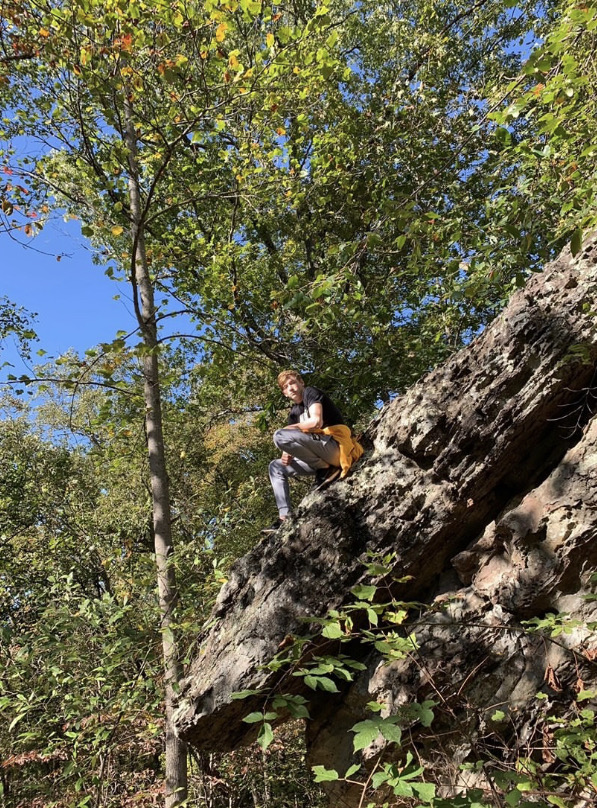 On September 20, Hunter Keefer passed away from serious brain injuries caused by a drug overdose. As his cousin, I will deeply miss him. As a CHS student, Hunter was loved by many fellow students, coaches, and teachers. Hunter was on CHS’s Boys Diving team, he swam for 3 years and placed in state. Keefer was planning on graduating early this year, which was his senior year. Keefer was a leader to some of his teammates and many close friends. Listed below are many memories recalled by CHS students and teachers about Hunter, and his impact on Cape Central High School.

“In second grade I was being bullied by some fourth grader and I went home crying one day like seriously upset, and so Hunter had his grandma bring him over, and he handed me a dollar and hung out with me till I wasn’t so upset. I think that shows how he genuinely was a good person, . . . but Hunter really did care about other people deeply.”  -Tori Dibert

“He would do a backflip or give a fun fact at any time he could.”  -Lennon Bollwerk

“Hunter was an intelligent, entertaining young man that was taken way to soon. It’s left a hole in a lot of people’s lives that isn’t going to be filled.”  -Marty Vines, History Teacher

“Hunter was a really smart, really ADHD guy and I’ll miss him forever. If you see one of your friends abusing drugs, reach out to them. Drugs are a form of escapism and people should try to deal with life in a healthier way, but if someone you know is too passionately abusing drugs, stop them if you want them to be around in a few years.”  -Timothy Modglin

“Hunter was more than a friend, someone who sacrificed everything just to make sure you’re good.”  -Jeremy Newbern

“He was my little brother.”  -Truman Vines

“Every man has his secret sorrows which the world knows not; and oftentimes we call a man cold when he is only sad.”  – Henry Wadsworth Longfellow (Micquanita DuBose, Counselor)

“He was very daring and competitive. One to never quit on himself or anyone else.”  -Layton Hamby

“When Hunter was about 11 or 12, he really wanted to catch a raccoon, preferably a baby raccoon. His grandma got him a live animal trap. The morning after the first time we set it, we woke up to a gigantic skunk in the trap. He literally filled the trap completely, he was so big. We had to get our neighbor to help me pull him out of the trap. We were able to successfully do so, without angering or frightening the skunk and getting sprayed! We also decided that the live animal trap was maybe not such a great idea.”  -Patrick Keefer (Dad)

“He liked to read a lot, he read every day in advisory for 3 years, and I said, ‘You like to read a lot, why?’ Hunter said, ‘It’s a place I’d like to go.’ So I checked out two books for him before quarantine, and I gave him the nickname drift wood because we was a diver for swim, and he was light as a feather and skipped across the water.”  -Rob Friedrich

View Comments (6)
About the Writer 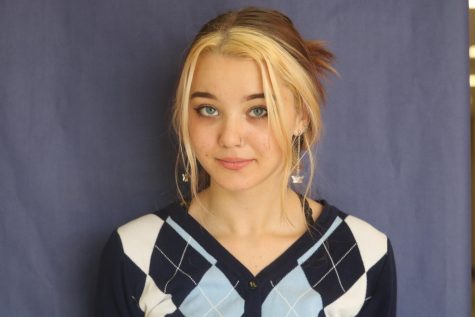 Halle Andrews, Photography Editor
Halle is a third-year member of The Tiger staff.

Favorite Quote-"I'm not really sure which parts of myself are real and which parts are things I've gotten from books." -Beatrice Sparks, Go Ask Alice

Fun fact- Her favorite word is frolicking. Like frolicking in a field of flowers.

Halle has an idea of what her future is going to look like. Her best friend, Katrina, doesn't. Something Halle says a lot is "bruh."